The adorable youngster, who is enjoying being carried around by mum, is already warming the hearts of visitors.

This arrival to first-time mum Feven, and the recent arrival of new male Obi is a ground-breaking moment in the breeding of Gelada.

Rangers have been working with the EAZA Ex-situ program (EEP) for Gelada on a number of research projects for years. The first initiative was introducing two new breeding males to the already established group of primates which has never been done before.

Obi and his bother Taylor arrived in Yorkshire from Colchester Zoo in 2020 as a key part of this breeding programme. 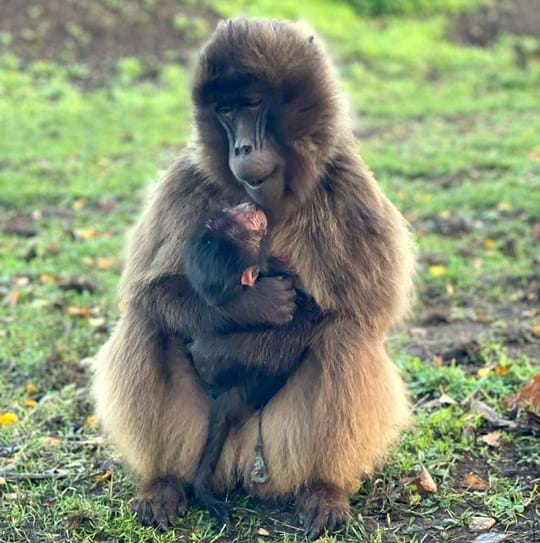 Greg Clifton, Team Leader of Primates, said “It has been an extremely exciting time at the park seeing the arrival of the first-ever baby Gelada born at YWP.

We have been watching Feven closely for the last six months throughout her pregnancy. Female Geladas show their reproductive cycle on their chests unlike other species of primates, which may show their statuses through their bottoms.

Throughout their pregnancy female, Geladas get several chin rolls on the neck which get bigger in size. This is also a way of letting the male Geladas know they are pregnant.

As part of our husbandry and care here at the park, we record every female’s monthly cycle to help us work out who is pregnant in our groups. Watching these key signs closely is how we found out that Feven was pregnant. This was also made earlier by been able to weigh her on a regular basis to see her progress thanks to the kind donation of the scale by Marsden scales.

When the two new breeding males, Obi and Taylor, were introduced to the park resident hareem lead by Harry, an immediate split occurred within the harem, where females on the peripheral joined the new two males.  Our residents are now split into a hareem of ten, Harry`s group, and a hareem of five, Obi and Taylor’s group lead by Obi, with the smaller group currently being subordinate. The groups currently display a social system similar to that seen in wild Gelada.

Obi and Harry can be easily spotted at the park by their handsome manes of long hair!

Now as we welcome a new baby into Obi’s group, things may change again regarding the social structure within our two hareems.

When female Geladas are looking for a male, they look for two things, protection, and potential fathers. Over the coming weeks, months, and years we may start seeing females leaving Harry’s group and joining Obi’s group.

It is very early days for the youngster, but we are looking forward to seeing the new baby grow within the group at the park and hopefully, this is the beginning of many more successful births of Gelada babies!” 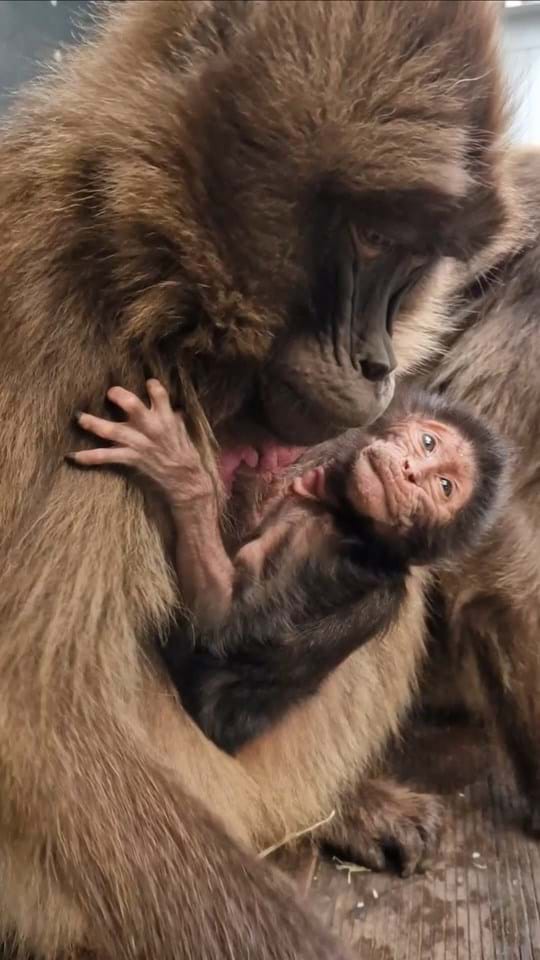 YWP is the UK’s No. 1 wildlife walkthrough adventure and puts conservation at the heart of all its activities. Visitors enjoy a mesmerising experience, coming almost face to face with some of the world’s most beautiful and endangered animals, including Polar Bears, Amur Leopards and Tigers, Giraffes, Lions, Lemurs and Black Rhino.