The Earl of Wessex yesterday fed a family of  Californian sea lions as he officially opened the award-winning Yorkshire Wildlife Park’s new sea lion reserve.The Earl unveiled a plaque marking the official opening of the world class new facility, Point Lobos, which is now the largest filtrated sea lion complex in the world.The pool is fitted with a state-of-the-art water efficient filtration system and measures 70 metres long and three metres deep.It is the playground of a colony of 6 sea lions including parents Dominic, Lara and Bailey and their little ones Hanno, Oakley and Maui. 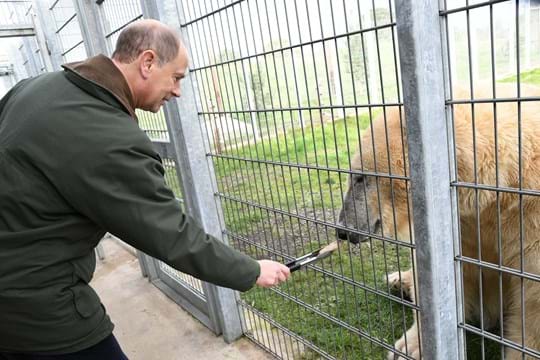 The sea lions were just one of the highlights during The Earl’s tour of 175 acre Yorkshire Wildlife Park, which puts conservation at the heart of all its activities. His Royal Highness also paid a visit to Project Polar for a close encounter with two of the Park’s eight bears.The Earl then heard about some of the work that the Wildlife Foundation charity, which is based at the park,  is carrying out to help Polar Bears in the wild.Kim Wilkins, Carnivore Team Leader, watched over carefully while The Earl fed 600kg polar bear Hamish with a special treat of sausages!

Sisu - who hit the headlines last week after he had root canal dentistry -  Luca, Nobby and Hamish live in the original 10 acre Project Polar reserve. in a second 4 acre project Polar 2 reserve are Flocke and her three cubs. Yorkshire Wildlife Park is now the second largest polar bear facility in the world and the largest outside Canada.Polar bears are the largest land carnivore and are listed as vulnerable on the International Union for Conservation of Nature’s Red List of Threatened Species, due to climate change that is causing loss of sea ice which restricts their ability to find food. 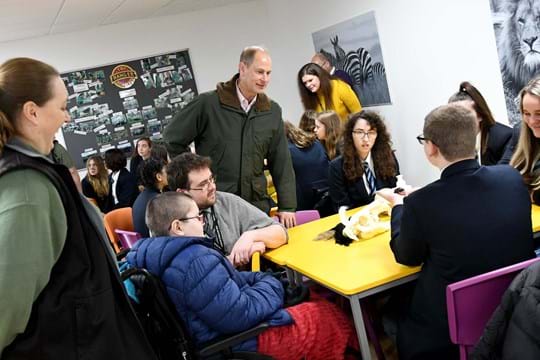 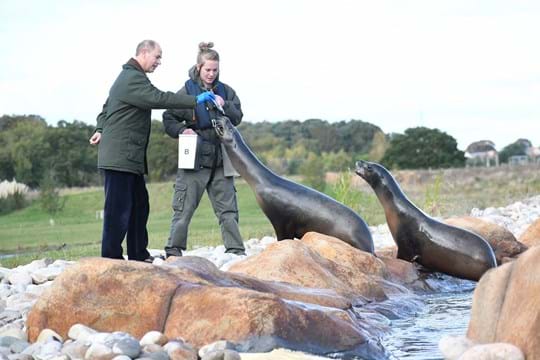 Point Lobos is just one part of the first expansion phase of YWP’s exciting new development, which also created a new entrance and animal reserves and the Hive, a shopping, dining and entertainment hub for visitors.With the expansion the park, which brings over 750,000 visitors every year to the area, now employs over 450 and more are being recruited for the forthcoming phase two opening of a bistro and hotel. 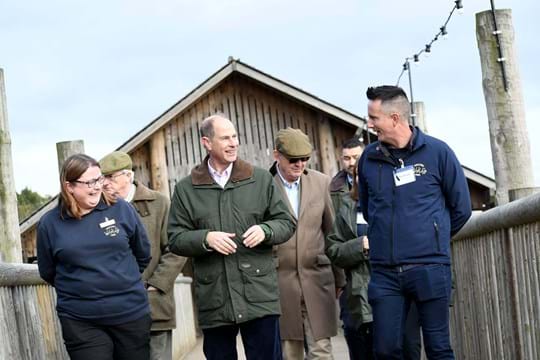 The Earl of Wessex then joined an education session attended by year ten pupils from Hayfield Secondary School at the Discovery Education Centre. Education Manager, Jade Bancroft explained to His Royal Highness how next year, a camp for The Duke of Edinburgh’s Award participants, who will be taking part in the Ranger Academy Programme for the first time, will be run.The park, which has just been awarded the VisitEngland Gold Award, and the Wildlife Foundation play a major role in global conservation projects while closer to home contribute hugely to education by last year welcoming  88,000 school children and students.The Earl was shown the park by CEO John Minion and Cheryl Williams MBE , Director and Trustee of the Wildlife Foundation. John Minion, said: “We were honoured to have The Earl of Wessex visit Yorkshire Wildlife Park. It was lovely to see him interact with the wildlife at the park and learn more about all the conservation we are currently involved with."The Earl was wonderfully engaging with all the members of staff that he met and genuinely interested in the animals and our conservation work. And he was super with the Hayfield school students – they will never forget that as he visited every group of students.“We would like to thank all those who have helped us grow to what we are now.” 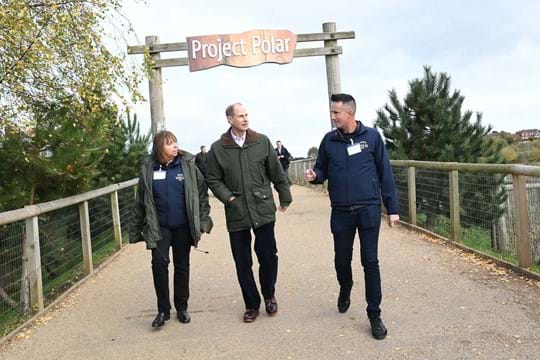