Polar Bears on the Move at Yorkshire Wildlife Park

It is the Polar Bear equivalent of moving to big school. Now two young Polar Bears have had a change of scene moving from their family group and are exploring their stunning new home at Project Polar at the award-winning Yorkshire Wildlife Park.

The two brothers, Yuma and Indie arrived at YWP in June 2021 from Marineland in the south of France with their mother Flocke and sister Tala and had been living together in a separate family reserve.

The juvenile bears were at an age where they would start to live independently in the wild and they were becoming too big and boisterous for their mother Flocke so rangers began to plan the move to give her more space. Flocke is still looking after their sister Tala.

Brothers Yuma and Indie, who are now two and a half, were transported across the park to the main 10-acre Project Polar reserve in special transport crates in a meticulously planned operation. Rangers had been training the youngsters to enter the crates, rewarding them with treats including cubes of lard, cod liver oil, and squirts of whipped cream. 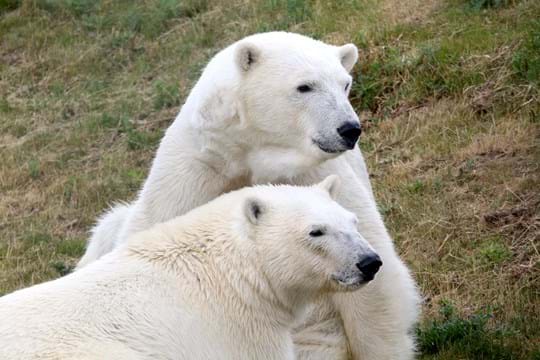 Indie, the larger of the two brothers, was the first to enter the crate and be moved to the new home. He was followed by his smaller brother, Yuma.

Having taken a day in the house to settle in they were let out into the extensive Project Polar 1, three interlocking reserves which include pools, a 7.5m deep lake, caves and rock covered terrain to mimic the Arctic Circle in the Summer. It is a purpose designed habitat for the bachelor Polar Bears that live there.

After taking a few nervous tentative steps, Indie and Yuma were soon exploring the reserve and diving into the water.

Head of the Carnivores Kim Wilkins said, “The move went better than we could have ever planned.
The bears were super well-behaved and the whole thing was done and dusted in half the time expected, it took less than an hour - never underestimate the power of whipped cream over Polar Bears!
We will get them settled into Project Polar 1, which we call our bachelor pad, because it’s got all our adult males in it.
The other inhabitants of Project Polar 1 are four male Polar Bears- ten-year-old Luka, nine-year-old Nobby, five-year-old Sisu, and four-year-old Hamish."

Kim said: “The bears were cautious at first but were soon playing in their new space. It didn’t take them long to familiarise themselves with their new surroundings.
They’re having a great time leaving their own smell, which is really important and also learning where the boundaries are and investigating all of those fabulous pools we’ve got.
This will help when they come to meet all of the other bears-they’ll be confident about their surroundings.
When Polar Bears like each other, they make a chuffing noise. If they don’t like each other, we get lots of growls. To ensure the move runs smoothly, we’ll get them used to all of their new surroundings and slowly integrate them with the other males that are in that area. We’re really experienced in mixing male bears; we’ve been doing it for a very long time now.”

Project Polar is the largest Polar Bear Centre outside of Canada and is home to England’s only eight Polar Bears. It remains at the forefront of international conservation and research initiatives that are working to save the largest land carnivore.

YWP, which puts conservation at the heart of all its activities, offers visitors a mesmerising walk-through experience, coming almost face to face with some of the world’s most beautiful and rare animals, including Amur Leopards and Tigers, Giraffes, Lions, Lemurs and Black Rhino. 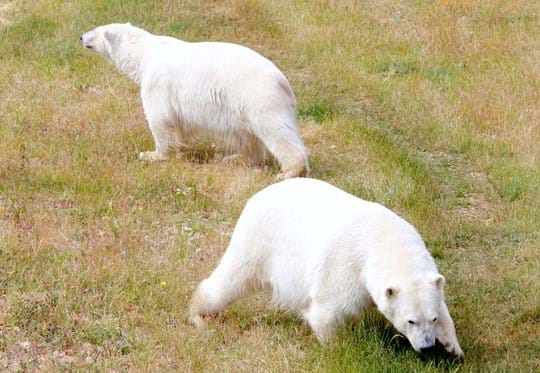