They are a critically endangered species, and the park has been designated as a conservation hub to help save them from extinction.

Parents Maurice and Consuela are new arrivals to the park and were only introduced to each other for the first time by the park's Primate Team in February.

Primate team leader Greg Clifton said: “On Sunday the 29th of August, Consuela successfully gave birth to twins, which is usually the case with Tamarins.

"These were the first babies for both Maurice and Consuela. Parental care is shared in cotton-top families, with infants carried on the backs of their mum and dad for the first four months.

“The Primate Team here at YWP are very happy with the birth as over the last eight months, we have bred two critically endangered primates, Roloway monkeys and now our Cotton-top Tamarins.

“YWP helps the European breeding programme by keeping and now breeding this species, and I also support this myself as a member of the Cotton-top Tamarin species committee, which advises the EEP. 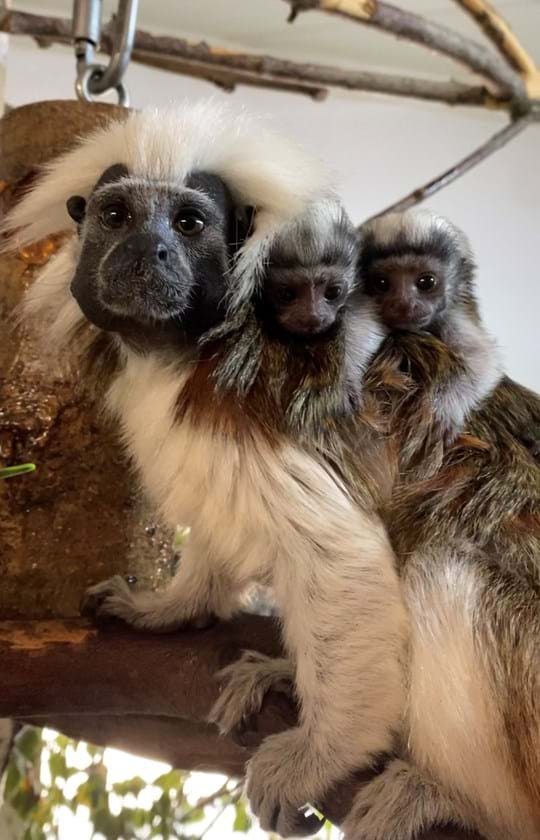 The tiny monkeys weigh around the same as a small bag of sugar and are only ten inches long. Cotton Top Tamarins play a crucial role in acting as seed dispersers in tropical ecosystems. They mainly live high up in trees on the top branches feeding off fruit, seeds, insects and the occasional lizard.