The five cute pups, who haven’t been named yet, are delighting visitors as they cautiously start to explore the Atlantic Forest reserve under the watchful gaze of their parents.

Yesterday(Thurs), vets examined the pups and found during a health check they were four males and one female.

Maned Wolves are classified as near threatened due to habitat loss and the birth of the litter is part of the International Breeding Programme to secure the future of the species. 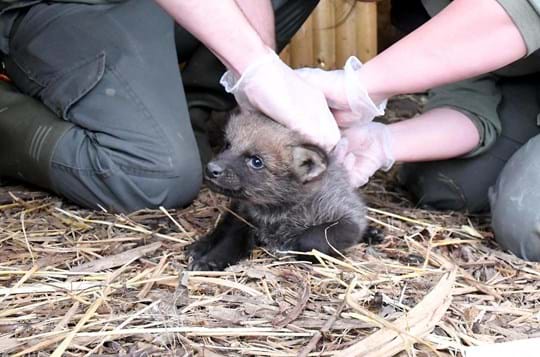 Aquatics Team Leader Kelsie Wood said: ”The birth of the five pups is very exciting. We did have an expected due date for Ibera of 26th November. A maned wolf pregnancy lasts about 65 days  We were pretty close as our little pups graced us on 28th November.

This is the first litter of Maned Wolves for the parents after Ibera and Axenus were brought to the park as part of the breeding programme. They are definitely a great match so the breeding has been very successful and five pups is just an amazing result."

She added: "Ibera is a great mum and is doing amazing. She is very attentive to all five pups.  To have five pups, Ibera definitely has her paws full!

But she is doing all the right things and we are all so proud of how Ibera is adapting to her new life as a first-time mum.

Dad, Axenus is also a new dad. He has been keeping an eye on the den and brings Ibera food, which are both very positive things.

When Maned Wolf pups are first born they are absolutely tiny and are fully black except for a white tip on their tails. As they grow up the red tinge in the fur begins to appear. As they are active animals at dawn and dusk the orange haze would be used as camouflage in the wild.

The vets gave them a full health check and also established there are four boys and one girls in the litter. They are all really thriving with no issues at all.

Now we are looking forward to the pups to start venturing out properly. We know our visitors will love them when they start playing in the reserve.” 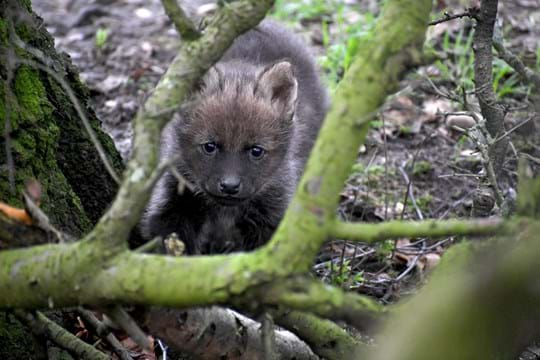 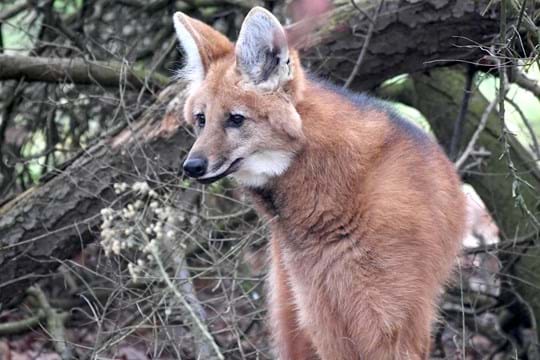 Maned Wolves are native to South America and are included in the Association of Zoos and Aquariums Species Survival Plan, which includes breeding and research on the species to help them in the wild.

An adult Maned Wolf looks more like a long-legged fox than a wolf. However, genetics show it is neither a fox nor a wolf but is a distinct species.

Reminiscent of a skunk’s smell, maned wolf urine has a powerful aroma to mark their territory.  They are omnivorous eaters and primarily solitary hunters, eating small mammals such as rodents, rabbits, and insects.  They also eat seasonally abundant fruits and vegetables, which make up 50 percent of their diet.  A thick red coat and distinctively long legs help them to spot prey above the tall grass.

Yorkshire Wildlife Park is the UK’s most innovative and fastest growing wildlife attraction giving visitors and unrivalled walk-through experience coming almost face to face with most of the world’s most beautiful and rare species including Amur Tigers and Leopards, Giraffes, Black Rhinos, and the country’s only Polar Bears.