A splashing half-term holiday is on offer as the sea lions and young polar bears of Yorkshire Wildlife Park are in the mood for fun.

Visitors to the award-winning wildlife attraction will be able watch the six sea lions living it up at Point Lobos, the largest filtrated sea lion complex in the world.

The 70-metre pool, which is fitted with a state-of-the-art water efficient filtration system and is three metres deep, is the playground of a colony of parents Dominic, Lara and Bailey and their lively pups Hanno, Oakley and Maui.
The youngsters are star attractions at the park, at Branton, near Doncaster, which is gearing up for a fantastic spring and summer seasons as the nation emerges from pandemic restrictions.

But the sea lions are rivalled by fun-loving polar bear cubs Indie, Tala and Yuma who are starting to outgrow their mum, Flocke. 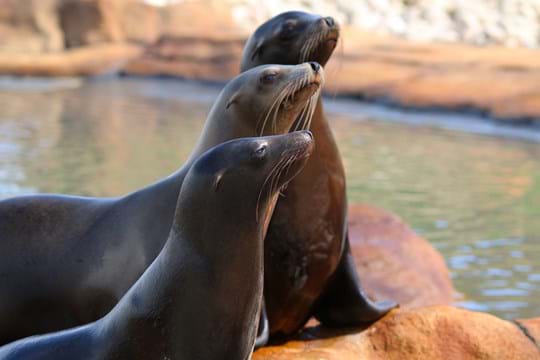 They are constantly causing trouble - not just for Flocke but also for the rangers that look after them. ' They are super playful' explained Carnivore Team Leader Kim Wilkins,' but they are also getting so strong , they just love to try and break whatever toys we give them. Imagine having three giant, destructive toddlers to keep an eye on!'

The park how has eight polar bears who part of a huge conservation programme to research and protect the species whose numbers are dwindling as climate change melts the Arctic sea ice which is their home and hunting ground.

YWP has the largest polar bear centre outside Canada with 14 acres of reserves with landscaped grasslands, caves, rocks and lakes. Flocke is the fourth generation of her line to produce triplets, which is a once in a decade event in zoos and wildlife parks.

Half-term family day outs at the 175 -acre park offer opportunities to get close to more than 450 animals from more than 60 rare and endangered species as part of the UK’s No 1 walkthrough wildlife adventure.
The park continues to welcome new arrivals to its family but the park has recently had to change the name of one resident baby from Pablo to Pabla after the discovery that the Red Howler monkey was not a male as originally thought after the birth in October.

“It’s quite hard to determine the sex of the baby until they’re a bit older, so once we managed to have another look we realised that Pablo is actually a girl! We will be renaming her Pabla instead” said Greg Clifton, the Park’s Primates Team Leader.

Her mum, Tila, and dad, Geronimo, both brightly coloured and vocal Venezuelan Red Howlers only arrived at the South America reserve at the park earlier that year.

The park also welcomed a second baby Roloway Monkey, born at the end of the year, representing a landmark for the rare species whose numbers in the wild have fallen to around 200.

Another high point was the birth of a rare okapi calf, Mzimu just before Halloween.
The staff at the Park have been extra busy further developing the Hive, which is the free to enter leisure destination at the entrance of the Park.
The new Wilds Café-Bistro will open for half term with an all day offer from a wide choice of breakfast in the morning, to lunch and then open into the evening.
The stylish bistro will offer a range of Mediterranean influenced dishes as well as favourites such as steaks and burgers.
The new development doesn't stop there as the staff are putting finishing touches to first phase of the new Hex Hotel due to open in the spring. This will offer first class facilities for visitors who come from further afield to visit the world famous park. 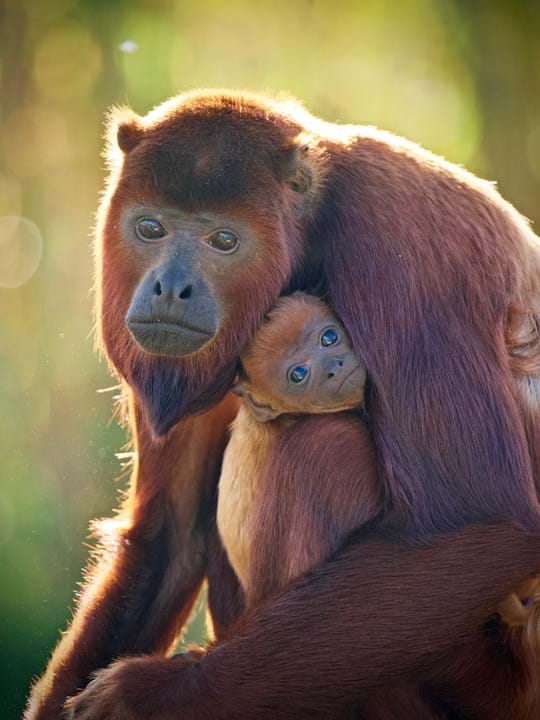